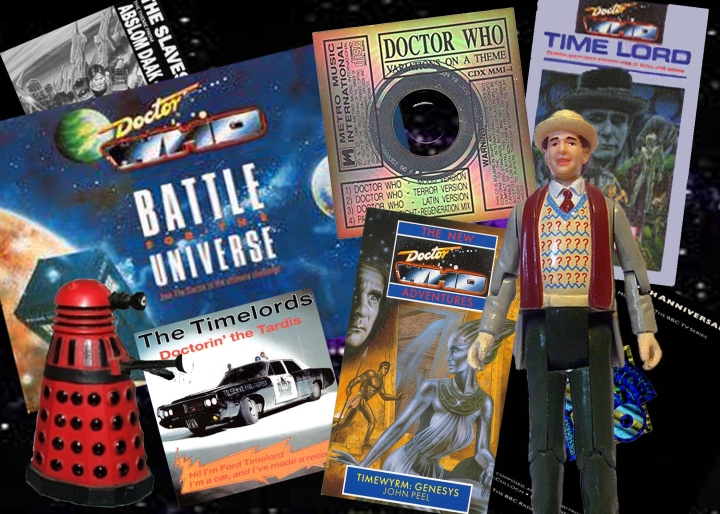 There’s a commonly held misconception that Doctor Who underwent a steady decline in its public profile during the last years of its original run. The more poorly researched official guide might have you believe that the general public were completely disinterested in Doctor Who by the time Season 26 rolled around, but that’s not strictly true because, by some bizarre quirk, Doctor Who enjoyed something of a mini-renaissance at the tail end of the 80s. In fact, even as the upper echelons of the BBC were drawing up plans to axe the TV show, the franchise was taking its first faltering steps toward being the magnificent multi-media marketing megalith that it is today.

Anyone who grew up during the golden years of Tom Baker’s reign will have been used to having a wealth of Doctor Who goodies at their fingertips – toys, books, pencil cases, jigsaws, underpants etc, but at the beginning of the 80s, commercial interest in the series seemed to be drying up. Even the much-hyped twentieth anniversary failed to reverse the trend and, by the middle of the 80s, things were starting to look decidedly bleak. There’s a genuine dearth of products featuring either Peter Davison or Colin Baker and long-running institutions like the World Distributors Annuals spluttered to a halt. The Blackpool exhibition closed, followed eventually by its Longleat counterpart and by the time of the 1986 hiatus, only really WH Allen’s Target books imprint remained faithful to the brand. It all looked very grim, but then something rather peculiar happened.

Commercial interest in Doctor Who suddenly and inexplicably picked up early in the Sylvester McCoy era. Whether this was down to the ever shrewd hyping of John Nathan-Turner or just fluke of the vagaries of the British shopper, it’s impossible to say, but all manner of Doctor Who products were suddenly available. First out of the blocks were Dapol Toys and their much-maligned range of 3-inch action figures. Dapol released a set of action figures in 1987 that included a cream jacketed Seventh Doctor, Mel in either pink or blue, a Tetrap from Time and the Rani and K-9. Famed for their howlers, which later included a 5-sided console and a 2-armed Davros, K-9 was initially released in a fetching shade of green but was later re-released in a more accurate grey. More figures were to follow, none of them particularly good but then they were very much aimed at kids. Their modelling was never going to win any prizes and characters rarely looked like who they were supposed to be. The Jon Pertwee figure, released late in the run, looks more like comedian Barry Cryer and Ace has a permanently shocked expression. 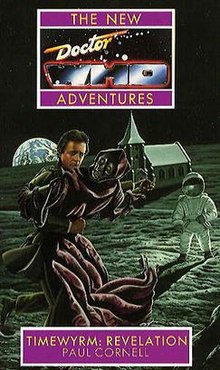 Timewyrm: Revelation – changing the face of Doctor Who forever…?

The colour for robot dogs is gween.

The winner is the person who can work out how to play the bloody game!

Out of the blue, Doctor Who unexpectedly became a pop phenomenon in the late 80s too. A band called The Timelords (actually the members of habitual copyright-flouters The KLF) released Doctorin’ the TARDIS and it shot to No.1! An early mash-up of the Ron Grainer TV theme and Rock ‘N’ Roll Part 2 by Gary Glitter (the least said about whom the better!) it was one of those random and gleefully unexpected No.1s that you used to get in the 70s and 80s. It’s not too bad a song either and, although it didn’t bother the top slot for very long, it stirred up lots of nascent nostalgia in a generation emerging bleary-eyed from the doom-laden greedfest of the 80s to be embraced by the loose-limbed man-child of the 90s.

The Beeb themselves responded in 1988 with the official 25th Anniversary Album; a collection of grating Keff McCulloch tracks from Seasons 24 and 25. Listened to now, there’s little to enjoy and the experience is like nothing so much as playing Super Mario Brothers in the freezer aisle of a budget supermarket. It was never going to get within an orchestra crash of the charts, but Keff did contribute to a much worthier project in 1989 with Variations on a Theme. The brainchild of record producer Andy ‘Where’s Me Cellophane?’ Grant, Variations on a Theme was an EP featuring 4 radically different reinterpretations of the Doctor Who theme. McCulloch contributed a Latin Version and Dominic Glynn presented a Terror Version. Mark Ayres produced two tracks for the EP, the smoochy Mood Version and Panopticon Eight – Regeneration Mix, a frenetic piece loosely based on the Doctor Who theme that he’d written for an earlier convention. Variations on a Theme was a sensation among fans. As well as being released on vinyl, the EP was released on the then revolutionary new format of Compact Disc and achieved some publicity for its limited edition version, which was released as ‘The World’s First Square Compact Disc’. Although a collector’s piece now, square CDs never caught on, largely because the majority of CD players in 1989 wouldn’t play them. Andy Grant and Dominic Glynn would have another stab at the music market in 1990 with Theme from Abslom Daak: Dalek Killer by their group The Slaves of Kane. Based around the spin-off character from Marvel’s Doctor Who comic strips and borrowing heavily from The Stranglers’ Peaches, it was a fun record with tongue firmly in cheek, but it failed to reproduce the success of Variations on a Theme. 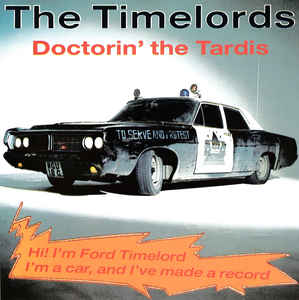 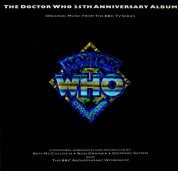 25 years of Doctor Who music… but mainly from the last 2.

Walkin’ on the beaches, lookin’ at… oh wait, that’s another song.

Clinging to their franchise were Virgin Books. The Target range of TV novelisations were coming to an end, having finally exhausted all of the TV shows. Head of the Doctor Who range at Virgin, Peter Darville-Evans, decided that the way to continue the series and simultaneously bring it up to date was to launch The New Adventures, a series of novels ‘too broad and too deep for the small screen’. It was acknowledged that Doctor Who’s core audience was now almost exclusively young adult males and the range was targeted at that demographic. The New Adventures kicked off with John Peel’s Timewyrm: Genesys. It was not an auspicious start – Genesys has a rather juvenile take on what constitutes an ‘adult’ vision of Doctor Who, replete with gratuitous tits and swearing. It wouldn’t be until the fourth book, Paul Cornell’s Timewyrm: Revelation, that the template for The New Adventures would be set, but even then, the range is all over the place, varying massively in style and quality from author to author.

Virgin got in trouble with the BBC for some of its authors’ proclivity for graphic sex and profanity (I’m looking at you, Banks) and were ordered to tone it down. BBC Books wrestled their franchise from Virgin after the 1996 TV movie and launched their own, less anarchic, book range in a similar mould. There was a genuinely positive feeling at the end of the turn of the 90s and fandom felt buoyed up by this sudden resurgence in popularity. It didn’t last, of course, but The New Adventures at least has a lasting legacy in the new series and this mini-renaissance, as brief and anomalous as it may have been, lit the way for the commerciality of Doctor Who that we all know and love today. For that reason if no other, it’s worth looking back in fondness at this funny little renaissance all those years ago on the occasion of Doctor Who’s 50th anniversary.

One thought on “A Funny Little Renaissance: Doctor Who in the Late 80s”